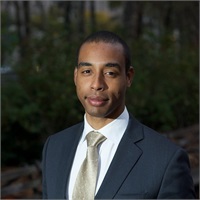 “Life isn't about finding yourself. Life's about creating yourself.” - George Bernard Shaw

“Life is so short and simple, we are as small as a grain of sand and yet we are as big as we want to be.” Luis came to the United States when he was 10 years old from the Dominican Republic Raised by his single mother who worked hard day and night to raise her two sons. While living in the Dominican Republic as a child, Luis developed a dream to become an Aviation Mechanic. Growing up Luis would watch his mom struggle to make ends meet but couldn’t quite understand why she struggled if America was the land of freedom and opportunity. He believed that he was so fortunate to have come to a land of success, opportunity and where dreams can come true. He knew his life would be different, and did everything he could to go to school for Aviation Mechanics. Luis attended City Tech College after high school to make his dreams come true but little did he know that while on the path to making his dreams happen he was headed down a different road of success. While working at Panasonic Luis was introduced to World Financial Group (WFG) and once he learned about the WFG mission he decided to build a business where he would be able to help people pursue financial independence.

Luis came to WFG’s corporate overview with an open mind because he knew at heart he was an entrepreneur and that he needed a change of environment. His first introduction to WFG was by becoming a client and getting his own finances in order. Luis clearly internalized WFG’s mission and message. After reaping the benefits of becoming financially educated he realized that he needed to be a part of this movement. He needed to be the voice of change for his family and his community. Six months after the initial invite Luis decided to change his life not only by changing his income but by educating others about getting their finances in order and changing their lives. Luis has grown and developed into a leader; a professional and a coach for everyone he comes into contact with. WFG has been the foundation for Luis’s success. “WFG is the vehicle to my destination”.

Luis enjoys the ability to personally grow and change his life. He considers himself a continuous learner who loves to discover himself through personally developing.

Luis has achieved the ability to develop and build strong relationships with many people in his community. These relationships have helped him grow a business and develop future leaders.

WHAT ARE SOME OF THE THINGS YOU ARE LOOKING FORWARD TO IN THE FUTURE?

I look forward to growing my business in different locations by opening new offices and bringing the mission of WFG to people throughout the country. Through helping people discover their potential utilizing the WFG system, I envision becoming a millionaire, being recognized as one of the top CEO’s and becoming the number one first generation Dominican to be successful in WFG.